We recently upgraded to WinSCP 5.7 (Build 5125) from v5.5.6 (Build 4746) on some of our machines. There appears to be a regression of Bug 325 in the latest version as we have encountered problems with non-Latin characters in filenames which we did not encounter before the upgrade.

Results:
v.5.5.6/Win7; after completing the comparison the checklist window correctly identifies 23 files/folders which are different between the local and remote. This is the expected/correct behavior 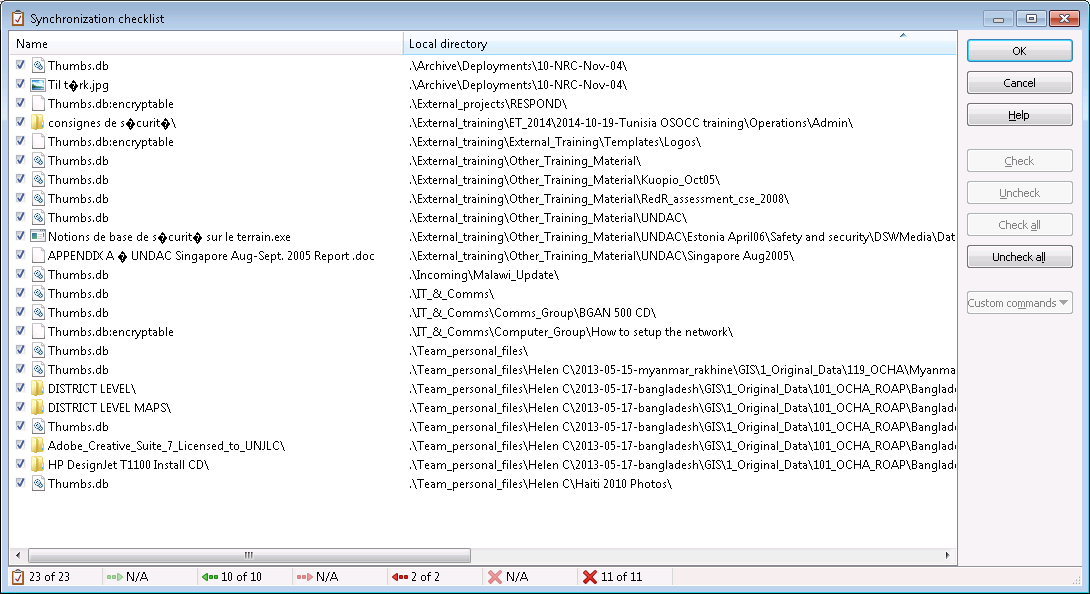 v.5.7/Win2008R2; after completing the comparison the checklist window identifies 833 files/folders which are apparently different between the local and remote. Inspecting these the file actions generally appear in pairs:
- Delete a local file with the correct non-Latin characters in the filename
- Copy the same file from the remote, but with a mangled filename. 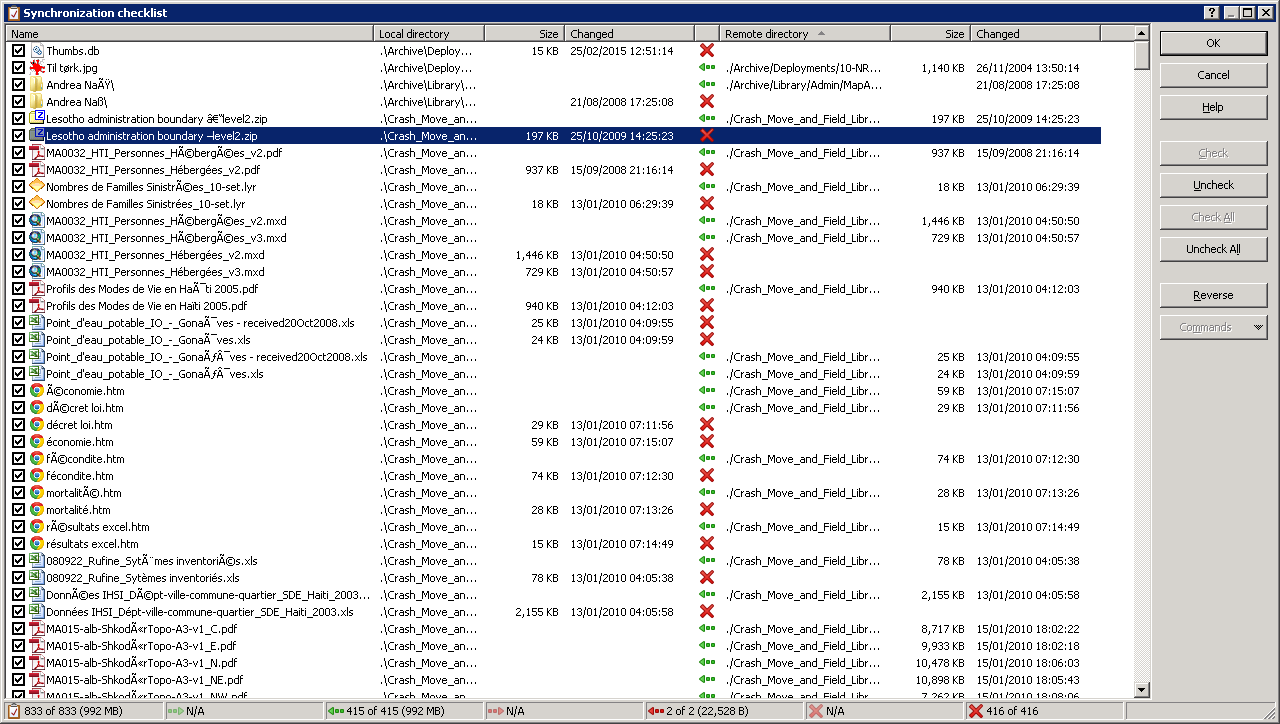 Notes:
The comparisons were run at the same time, show there were no changes at the remote side that could account for the different behavior.

Although the two machines have different OS I do not believe this is the cause of the problem. The Window 2008R2 machine previously had v5.5.6 installed and behaved correctly prior to the upgrade.

Many thanks for your help.
Andy


To generate log file, enable logging, log in to your server and do the operation and only the operation that causes the error. Submit the log with your post as an attachment. Note that passwords and passphrases not stored in the log. You may want to remove other data you consider sensitive though, such as host names, IP addresses, account names or file names (unless they are relevant to the problem). If you do not want to post the log publicly, you can mark the attachment as private.

Thank you for your reply and sorry for the slow response. I've tried enabling logging and re-running the sync and I've been unable to reproduce the problem - though I've no idea what has changed. Please consider this closed.

Thanks once again,
Andy