Learn if this interface is appropriate for your needs. 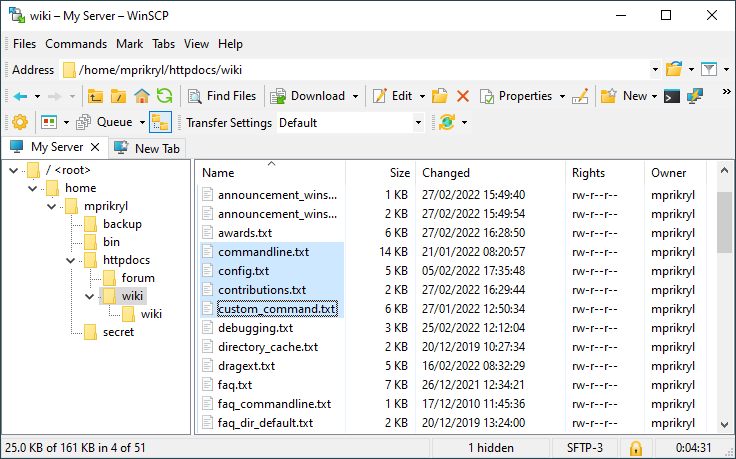 The screen of the interface has several components. Some of them are hidden by default. They are (from the top to the bottom):

You can show/hide most of these components from the View menu or using context menus.

As the interface can be used in the same way as Windows File Explorer, you should probably be able to start using it straight away.

Check what you can do with the interface.